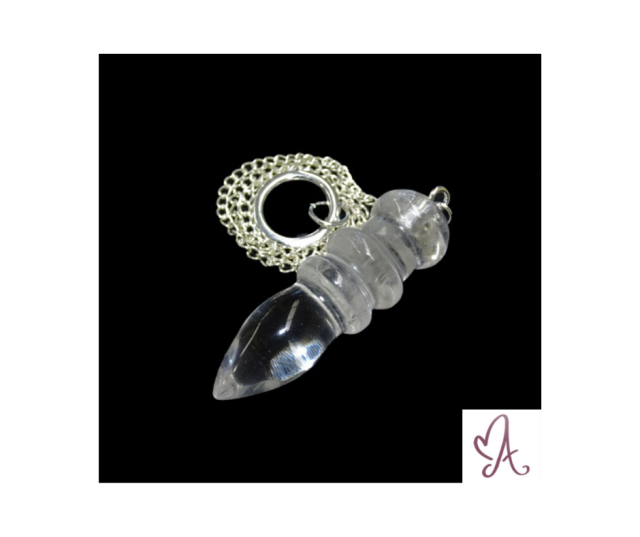 Known as the "master healer" and will amplify energy and thought, as well as the effect of other crystals. It absorbs, stores, releases and regulates energy.

Clear Quartz is the most popular and versatile healing stone of all the crystals.It is the most powerful healing stone thought to be able to work on any condition. It is known as the stone of power and amplifies any energy or intention. It is said to protects against negativity, connecting you to your higher self. It also is said to relieve pain if placed on the area of discomfort.

Clear Quartz has been seen, and felt, to strengthen the auric field, good to use if you are spending time in negative environments as it holds your energy in, and others energy out.

Clear Quartz holds information, and is very effective to use when it has been programmed for a specific purpose. It’s often used to activate, clear and align all of the chakras as well as re-energising and clearing other crystals.

Sold out
Add to Cart